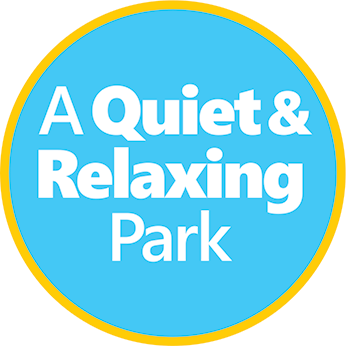 The Gower Peninsula was the first place in Britain to be designated as an Area of Outstanding Natural Beauty. Here you'll find breath-taking landscapes from golden sandy beaches to dramatic cliffs and mature woodlands. Here you'll find something for everyone. You can enjoy miles of sandy beaches including Rhossili Bay which has won many awards including the best beach in Europe! And it doesn’t stop there - there's also the family friendly Blue Flag beaches of Caswell and Langland (where you can also enjoy a spot of surfing) and the less well known beaches of Pobbles Bay and Blue Pool Bay with its natural plunge pool.

There's also plenty to do inland including horse riding through moorland, rock climbing and abseiling on the sea cliffs, mountain biking along Cefn Bryn where you can take in the legendary Arthur's Stone or just walking the stunning Wales Coast Path which snakes along the coast and meanders through lush woodland.

If it's culture you are looking for, there are numerous local castles to visit, galleries, museums and the Grand Theatre in Swansea. Nature lovers can explore the Rain Forest of Plantasia, discover the magical Penllergare Valley Woods with its beautiful waterfalls and take in the botanical delights of Clyne Gardens. Whatever your passion, you're sure to fall in love with this area of Wales.

Rhossili Bay has 3 miles of gorgeous sand and coastline. Perfect for walkers, watersports and wonderful views!

Go on an amazing adventure through a tropical rainforest.Get up close & personal with the animals and discover a variety of rare and exotic plants in this interactive, fully immersive tropical indoor experience for all the family. Discover the different levels of a rainforest; from the dark undergrowth to the breath-taking canopy, thereâ€™s so much to squeeze in!

The LC Swansea home to Walesâ€™ biggest indoor Waterpark, Swansea's most state-of-the-art gym and now TripAdvisor Traveller's Choice award winner. The LC also features a legendary indoor surf machine, the Boardrider, a four storey interactive play area, a 30ft indoor climbing wall and a multi-purpose sports and exhibition hall - you can have an epic adventure all under one roof.

Wales is the first country in the work dto have a dedicated footpath that hugs the entire coastline - all 870 miles of glorious diversity!

A 'forgotten' Victorian paradise with lakes, waterfalls, terraces, panoramic views and exotic trees is being brought back to life by Penllergare Trust

Your abiding memory of Weobley will be its dramatic location on the windswept coast of the Gower peninsula â€“ overlooking marshes and mudflats with the wild Llwchwr estuary beyond.

Historically named 'Wurm' meaning 'dragon' by Viking invaders, the promontory, Worm's Head, is shaped like a giant sea-serpent and marks the most westerly tip of Gower. The island is joined to the mainland by a rocky causeway and features an large flat-topped 'Inner Head', towards a natural rock bridge called 'Devil's Bridge', a 'Low Neck' leading further out to the 'Outer Head'. The headland is one mile long and the highest point is approximately 150 feet.

The Mumbles Pier has been part of Swansea since 1898, a family run business the Pier is one of very few privately owned Piers left in the UK.

The perfect location for a legendary adventure. From family holidays and romantic weekend getaways to walking and adrenaline packed experiences

A collective of farmers and food-makers in South Wales, passionate about delivering high quality and regenerative local produce. We have come up with an efficient way to get local and high-welfare food to the community without large overheads, shop rents and a fleet of vans. By delivering to collection points in your community, we can make sure you have the freshest local produce straight from Farm to Fork.

Our guide will help you understand what's involved in buying a holiday home.

We have a great range of new and pre-loved caravans for sale.

Holiday Homes for Sale at Llanrhidian

Set in an area of Outstanding Natural Beauty, Llanrhidian Holiday Park offers a wonderful base from which you can explore the stunning Welsh countryside.

We'd love you to share your John Fowler Holiday experiences via our social channels.

Don't miss out on a John Fowler Holiday, order your free copy of our full colour brochure and let the magic begin...

Send me a brochure

We promise we won't spam you, but we will keep you up-to-date on sales, discounts, and more!

Please choose where and when options to search availability

Please select which accommodation type you have.